To which I should add he's earned $17 in both formats of our game. 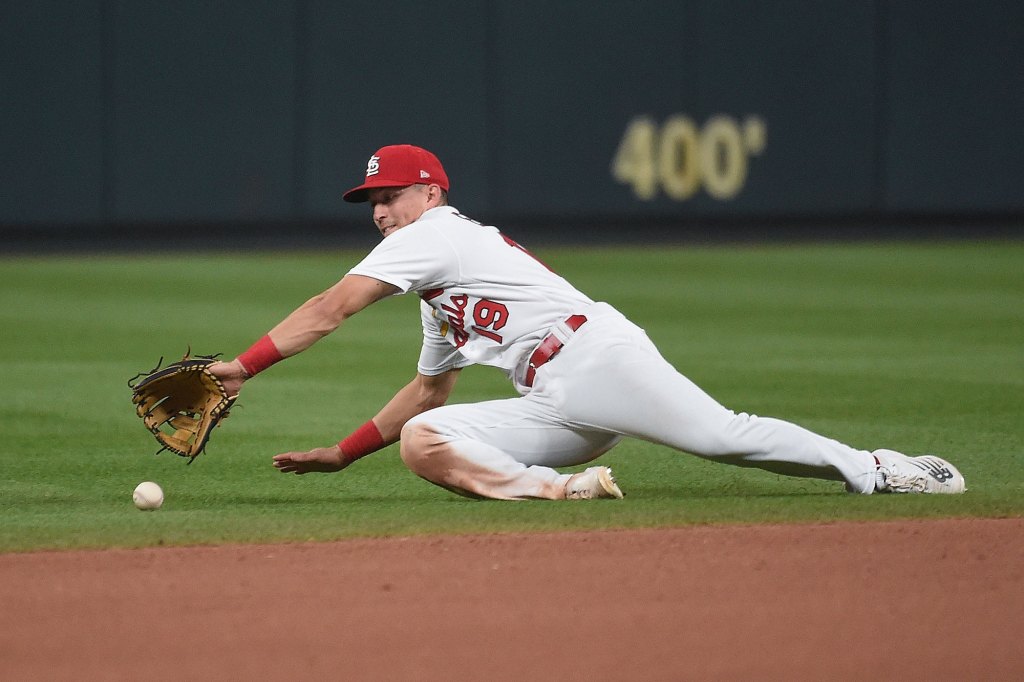 He's been awfully good but the most Wins Above Replacement of anyone so far. Really? WPA, that I wouldn't argue  with (even though I have no idea how B-R figures that one).

They don't get bigger.

A long and delightful read. My favorite part:

The only surprise bigger than Tommy Edman’s rapid ascent was Elise’s entry into professional baseball.

“I actually wrote my college essay about how I would hide in my little toy pink tent when I was younger and avoid watching baseball games at all costs,” Elise said. But the game grew on her, and she eventually became a team manager for her father’s high school team.

His 24 timed attempts to steal second averaged 3.53 seconds, tied for thrid in the majors with Trevor Story and Byron Buxton.

He attempted to steal a base, any base, 35 times, which leaves nine attempts unaccounted for. If he was picked off for all five of his caught stealings -- which I doubt was the case -- we still have four steal attempts that are unaccounted for.

Nope. Of course not. But rather than surf around looking for the answer, I simply pose the question here.

I act as if I'm paid by the word, which of course I'm not.