The Mets’ desperate attempt to hold off the Braves in the NL East will continue without Max Scherzer.

The veteran right-hander is going on the IL after leaving his previous start Saturday with fatigue in his left oblique.

The Mets had hoped that Scherzer would make his start Friday and the 38-year-old initially believed he would avoid an IL stint, saying he was “hurt, not injured.”

The injury epidemic seems to be getting crazy, especially among pitchers, and especially in the minors. One NL exec says the training methods need to be revamped, and hinted that maybe the college coaches now in vogue need to adjust to pro ball.

Max Scherzer simply says he believes the issue is “bad mechanics.” Scherzer always was tagged as an injury risk, mostly due to a speck on his labrum that showed on MRI exams but never resulted in pain or any sort of symptom.

He touched 97 on the gun, he had only one troublesome inning, and he was in complete command. More to the point, he was ornery when he walked off the mound after six innings and 79 pitches, which means he was his old self. And he made it through his return to the big leagues unscathed.

“I was real impressed with his command as much as anything,” manager Buck Showalter said. “Hopefully it bodes well for the rest of the season. Max is going to be frustrated the team didn’t win the game, but he’s missed this, missed being on the field. I feel good for him.” 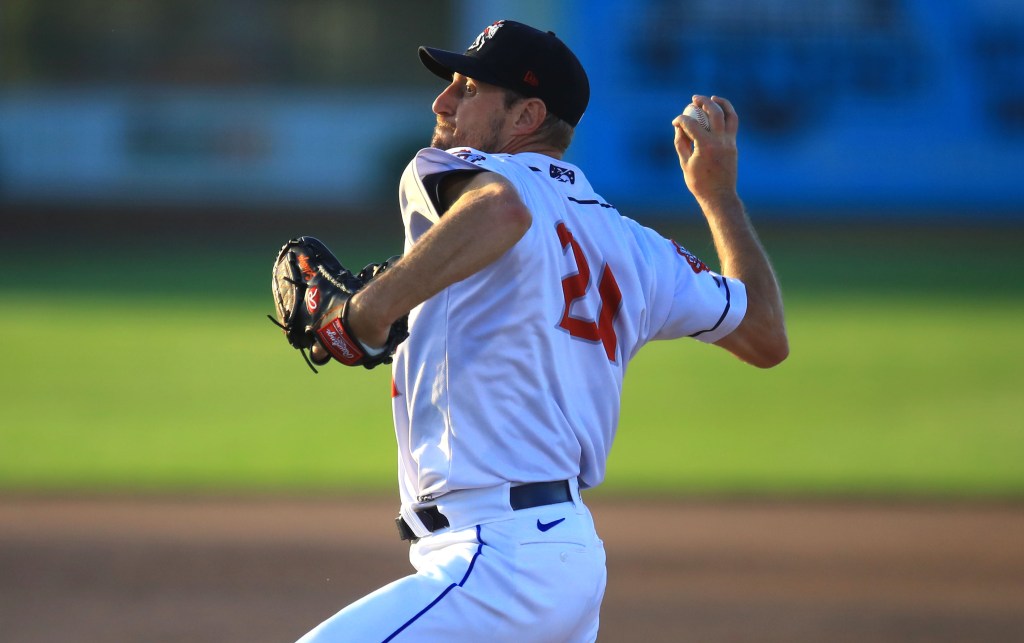 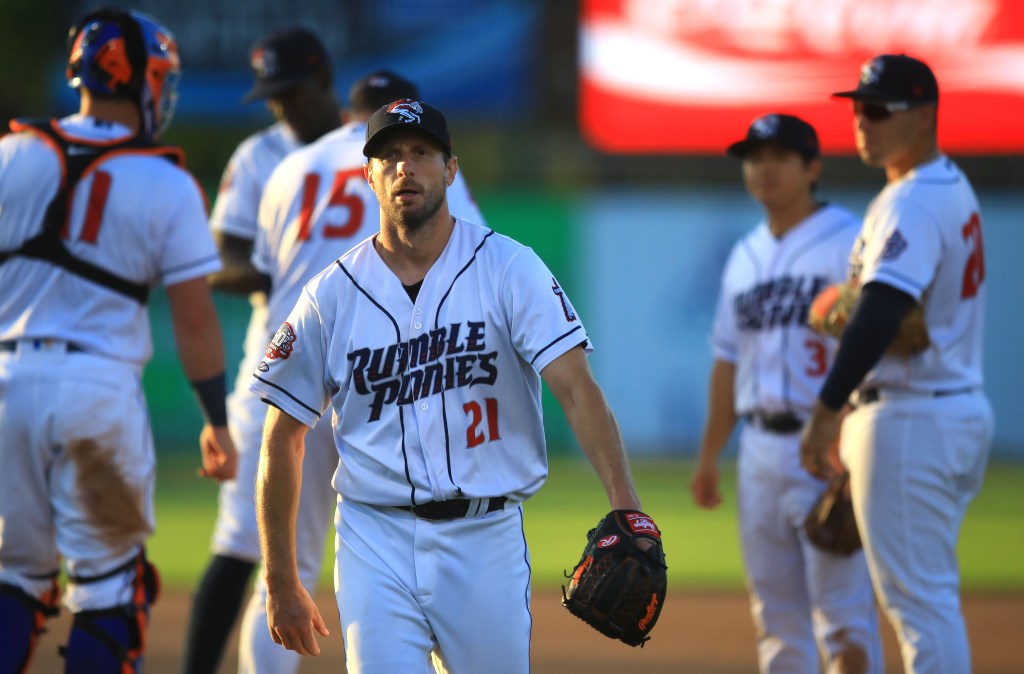 Phil (Texpope) texted me while at the Mets game last night that Scherzer was being escorted off the mound by the trainer.  The Mets say it is a strain of his side, whatever that means.  But at least not his arm.

In his home debut for the New York Mets, Max Scherzer threw seven innings of ten strikeout, one-hit ball against the San Francisco Giants. It was the fifth game of 7+ IP, 10+ Ks and allowing one hit or fewer in his career. Since 1901, only Nolan Ryan, Randy Johnson and Bob Feller have more such games in the NL or AL.

In The Athletic this morning...

PORT ST. LUCIE, Fla. — The first ace tagged out just past 2 p.m. on Sunday, before an adoring, appreciative crowd at Clover Park. Jacob deGrom accepted a round of applause and a slew of handshakes as he stalked off the mound and into the Mets dugout. Nine minutes later, the fans popped once more, rising to acknowledge the appearance of Max Scherzer as he bounded out of the dugout and climbed the mound. The second ace had tagged in.

For the penultimate weekend of this abbreviated spring training, Mets manager Buck Showalter presented the public with a miniaturized distillation of the hopes and dreams and fears of his club in 2022. Showalter divvied up the entirety of one day between his two star pitchers. DeGrom started Sunday’s game, as he will Opening Day. Scherzer finished it. The afternoon highlighted the duo’s outsized importance to the team’s playoff hopes. For this $278 million roster, so much hinges on the health of two arms...