The way the Yankees have been hitting lately, their games have largely lacked drama because their lineup has not posed much threat of a comeback.

They made up for that in emphatic fashion Wednesday night.

After wiping out a four-run deficit to force extra innings and then falling behind by three runs in the top of the 10th, Josh Donaldson pulled the Yankees from the depths of despair with a walk-off grand slam for a stunning 8-7 win over the Rays in The Bronx.

“Just a great fight all night,” manager Aaron Boone said. “Obviously [it’s] not easy for us right now, but we’re in the fight and we’ve just got to keep fighting. Great to see that level of at-bats to finish off a game when it looked like it was stripped from us.”

The win snapped a three-game losing streak and spared the Yankees (73-45) from a sweep by the Rays (62-54), who returned to 10 games back in second place of the AL East.

On a day that began with calling up Oswaldo Cabrera and Estevan Florial for a youthful injection to their lineup, the Yankees won for the third time in their last 14 games and showed signs of rediscovering their mojo.

With Aaron Judge the automatic runner on second base to start the bottom of the 10th, a Gleyber Torres single and an Anthony Rizzo walk against Rays reliever Jalen Beeks loaded the bases for Donaldson, who had been stuck in a 3-for-28 slump. He shot an 0-1 pitch to the opposite field and it landed in the short porch to set off a wild celebration.

“I definitely think that was probably a release of some joy and some frustration over the past couple weeks,” Donaldson said.

Apparently the Yankees have the 2nd best runs saved ranking at 3B in the majors.  Who knew?

First are the Cardinals, but you would have guessed that.

Donaldson isn't starting in the second game of Sunday's doubleheader against the White Sox.

ROTOWIRE RECOMMENDS: Donaldson will get a chance to reset after he went 0-for-4 in Sunday's matinee.

Donaldson admitted after the Yankees’ 7-5 win in The Bronx that he jokingly called Anderson “Jackie” — as he has in the past, he said — referring to a 2019 Sports Illustrated story in which Anderson described himself as “today’s Jackie Robinson.”

Though Donaldson insisted that the two had laughed about it before, Anderson, who is black, did not take it as a joke on Saturday. He said Donaldson asked him, “What’s up, Jackie?” multiple times. 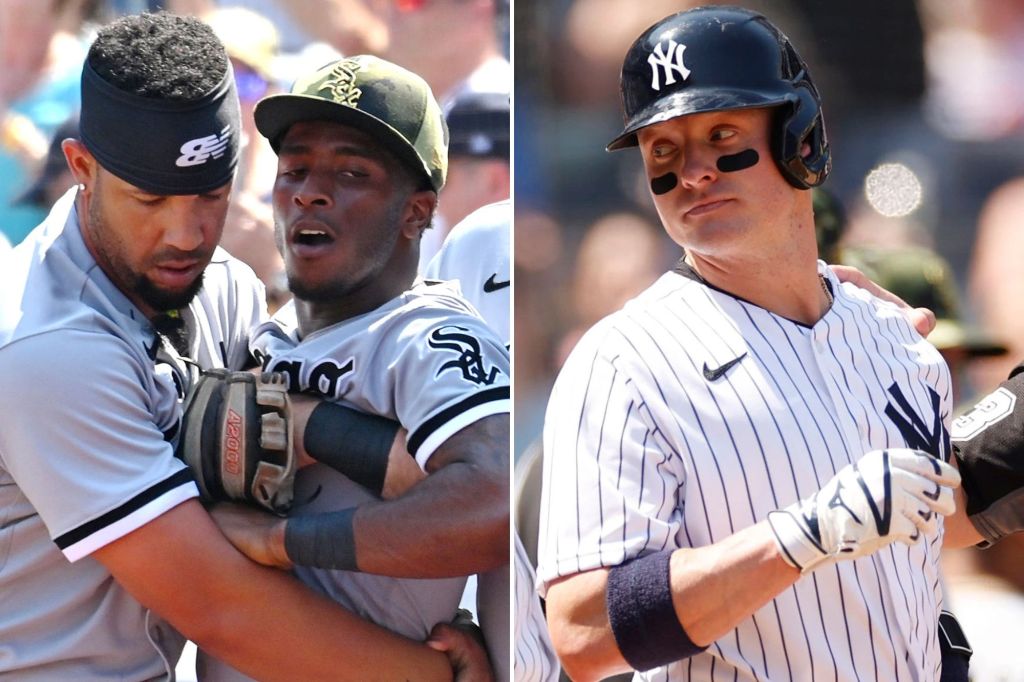 No love lost between Tim Anderson and Josh Donaldson. Lots of pushing and shoving when Donaldson comes to the plate in the fifth inning. Grandal says something to him. Donaldson looks surprised. Grandal keeps saying whatever it is he has to say. Anderson comes in from shortstop to add his two cents.

No punches thrown, no one tossed, but this game is far from over.

Another RH bat on the Yankees.

I bought Donaldson for $18 last year, and I agree with your injury risk assessment, Alex. He got hurt on his first AB, and I was on pins and needles with him the whole year. He had several injuries, despite the Twins babying him at every turn. It really was a miracle that he played as many games as he did. He's a fine player - still - when he plays, but I can tell you from experience that he's hard to trade due to the injury perception. So if you buy Josh, be prepared to sweat out every sprint on the bases for the entire year.

In the HardHit% rankings, he's No. 17 among all hitters with at least 200 plate appearances. His EV ties for third highest (with Evan Longoria), his Barrel% ties for 13th (with Mitch Garver). Hence the high expectations.

I have to admit I'm one of the people Mike G is referring to in his pick for the Guide. Even now I worry about Donaldson calf injury. Or, if not that, something else is going to put him on the shelf.

But I agree with Mike, and Statcast, that he should not be underestimated.

Sneak preview of the Guide:

GIANELLA PICK: People still talk about
Donaldson’s 2017 calf injury like it happened
yesterday, but in the last two complete

all the guy has done is average 145 games with 31 home runs, 85
runs, and 83 RBI. He’s not the stud he once
was but he’s far from washed up and will be
discounted way too much based on a very
outdated injury perception.