The Report: There’s breakout prospects and then there’s breakout prospects. Carlson is the latter. He had spent the last couple years flashing big tools while putting up fine, but unspectacular, performance albeit while relatively young for his leagues. In 2019 he finally started tapping into his raw power, and a move to center field went well enough—stupid Cardinals Devil Magic—and he’s gone from a good org name with some tweener tendencies to a potential five-tool center fielder and national darling. It’s not a lock he sticks up-the-middle. Although he’s a good baserunner, he’s not a true burner. He’s filled out in his upper body and has maintained his loose, athletic swing. He has plus bat speed from both sides of the plate and gets to his plus raw power without sacrificing any barrel control. Some .290, 25 home run seasons are likely, and if he can actually handle center in the majors, All-Star games will follow.

Variance: Medium. There’s a chance he continues his growth and there’s a bit more in the tank at the plate. There’s also the risk he’s more of a .270, 20 HR corner outfielder who plays center once or twice a week. That’s still a very nice major leaguer, but not a star. 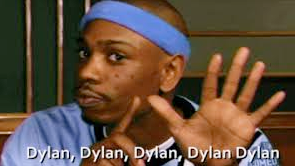 The Martinez deal should put more helium into Carlson's balloon - but a warning from Rotoballer:

"He might be getting overrated a bit too much so be cautious when bidding for his services. The massive power spike came out of nowhere but seems to have coincided with his body adding muscle, as well as a conscious effort to hit more fly balls. But when watching him play, we see a player who still gets fooled by off-speed stuff. His swing also gets long more often than not and he doesn’t have the natural, explosive bat speed of a Luis Robert. "

Since almost nobody is going to have him on their reserve list ... a good ST showing will push him into the high teens or even low 20's, particularly in protect leagues.