I called this the game to watch yesterday but it was postponed by a bad weather report.

Keuchel's soft stuff isn't get it done, not in Yankee Stadium.

Nester's (which isn'l all that soft) is mowing them down.

The intriguing matchup today: Keuchel vs. Cortes in Yankee Stadium.

Both work fast, neither throws hard, one is very hard to hit. 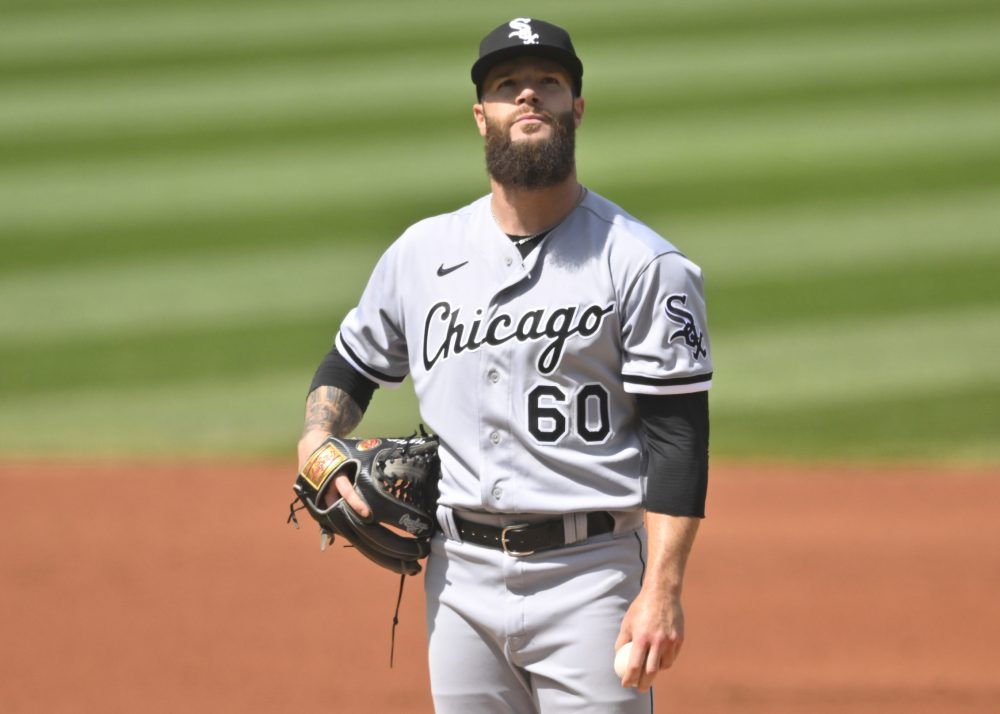 You might think that May 6th is too early for any teams to panic, but the hard truth is that it’s never too late to panic at any point for any reason. Getting back more specifically to baseball, there are a handful of would-be contenders around the league that spent the season’s first five weeks digging themselves into holes of various depths.

Can those teams put down the shovels and start climbing up and out of their self-made prisons? We’ll start by tackling three of the AL’s floundering contenders before setting our sights on some NL strugglers next week. All stats are as of Thursday morning.

It can be hard to whittle down all the various ills a baseball team suffers into one or two categories, but in the case of the 2022 White Sox it’s pretty simple: they’ve been unlucky at the plate and they’ve been hurt. Despite a top-10 DRC+ the Southsiders rank just 27th in actual runs scored per game at 3.29. José Abreu has a 111 DRC+ but is hitting just .229/.326/.373. Yasmani Grandal is at 105+ but slashing just .169/.277/.239. Eloy Jiménez, Josh Harrison, Leury García, Adam Haseley, and A.J. Pollock have been ineffective when on the field. Gavin Sheetshas already earned 66 plate appearances.

That “when on the field” clause above is carrying a lot of water. Only the Reds, Rays, and Nationals have fared worse than the White Sox in terms of projected WARP lost to the IL. Lance Lynn, Joe Kelly, and Yoán Moncada have missed the entire season to date. Garrett Crochet is out for the year thanks to Tommy John surgery. Lucas Giolito, Pollock, and Ryan Burr missed substantial time. Jimenez is out for the better part of two months thanks to a hamstring tear, and breakout star Andrew Vaughn looks poised to join him on the IL with inflammation in his right hand.

The pitching isn’t completely absolved of any wrongdoing here—Liam Hendriksand Aaron Bummer got off to rough starts, and Dallas Kuechel...

Yes indeed, David, I have heavily invested in your local boys.

As I've written elsewhere, Rosario and Luis Arraez ($6) were the finalists for my last freeze (I only had four). I could have frozen Ramirez at 43 but didn't give it serious thought -- until about 20 minutes past the deadline for handing in our freezes.

At which point a light bulb went on. Inflation money does go disproportionately to the best players -- just as it does in real life -- with the inevitable result that it disappears abruptly for everyone else.

There was no way I was getting Ramirez back for $43 or even $44. What was I thinking? If I wanted him, and I really did, I should have frozen him.

So, in effect, I wasted $4 buying Ramirez this year.

Ahmed Rosario would have cost a little more than $17; looked at that way -- buying them both -- I didn't waste any money.

But that's not the way I should have looked at it. I should have said, I'll keep bidding for Rosario until he reaches my limit (which would have been right around $20), and if that's not enough, fine: I'll buy someone else.

There were tons of Rosarios available last Saturday. There was only one Ramirez. (The closest replica, Luis Robert, was frozen.)

As for Bieber, he also stands alone. In second place.

Owners of Jose and Bieber were happy about the Guardians this afternoon against Keuchel and the White Sox. Jose hit a grand slam and Bieber was pretty much unhittable.

I owned him last year at $13, and you see the result. He made it to our reserves this year, and his owner, God help him, had Keuchel active today.  I just checked.

In the second inning today against Cleveland, Keuchel allowed nine runs, seven of them earned, and didn't retire a single batter before being yanked. That's right up there with one of the worst lines I think I've ever seen.